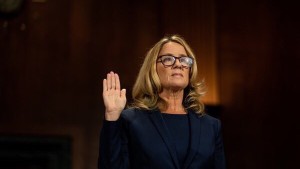 the work was done, and there is heartache and victory in it.

the decision will come and it may be a logical decision (to stop Brett Kavanaugh from becoming a member of a body meant to hold integrity and accountability), or it may be an irrational and politicized decision (to barrel forth with this mess).

regardless, Kavanaugh has been marked by his actions in public, his dirty hands showing, his rageful face showing precisely how a boy who sexually assaults a girl while he is drunk looks when he grows up. his true self showed today, and every survivor who saw his face, who heard Christine Blasey-Ford say she was once scared he might kill her, recognized him as a perpetrator.

and Dr. Ford stood in her dignity, her life – changed long ago by this trauma – is now again forever changed by her bravery. her dignity helped her stand there in her terror and revisit her trauma. she even explained to the world how trauma works in the brain, because like all of us, she is not only a survivor but a whole human being…and in this case, a scientist.

Amilcar Cabral taught us to “claim no easy victories”. i deeply believe that – and i am curious about how we understand what a victory is in this political climate. i was teaching all day yesterday. i read the testimony laying in bed, after reading about Bill Cosby finally being held accountable in the only way possible in his lifetime.

i want to share that i believe it is a victory that the attention of the nation was on this hearing, and that this brilliant woman stood in her dignity and told the truth. now everyone has to face it. those who are doing everything possible to regress humanity back into caves still have a say in the decision of this moment. they may not be transformed by Dr Ford’s dignity, by Kavanaugh’s pathetic guilt. but the landscape of this long war against patriarchy and rape culture is changed by her advance, by this battle.

the #metoo movement is opening up the closets of this country. when Dr. Ford tells her truth, in her dignity, she is flanked by millions of survivors finding our voices and tired of the bullshit. we shake and we cry and we rage and we battle through the day. we cast binding spells. we tell our stories, again and for the first time. we are not passive observers. we are survivors who have learned and are learning to alchemize our pain into futures that don’t hurt our children’s children. our stories are our slingshots, and we are moving forward. and none of us move alone. we are growing from #metoo to #wetoo, and we hold each other up on days like this.

and Kavanaugh, regardless of the decision made about his work, still has options for his soul. his legacy doesn’t have to be that face full of rage and denial, barrelling towards a false entitlement. he can turn and face his actions, his history. he can atone and be accountable. it is important that all perpetrators know that.

but for me, i want to recognize the victory of Dr. Ford, the dignity of that survivor telling her story and shifting the lens through which we see this man and any governing body that would accept him without him taking accountability for these illegal and immoral actions. i hope she is being celebrated properly by those closest to her. i hope there is victory in her heart. 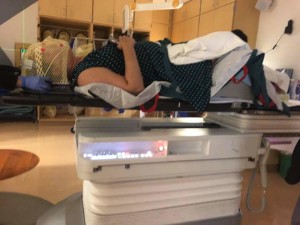 my friend Alana needs your help. she is well into the miracle phase of her life. we all know that we are going to die, but most of us don’t know how, and we can pretend the time is far away. for two years now, Alana has woken up every day knowing that cancer is inside her body, too far along to be stopped, the number of her possible days spoken aloud. she shares each step of her journey, finding the humor, the pleasure, the connection in each battle. she reads Harry Potter, and she plays scrabble, and she slays dragons. it’s never fair when someone gets sick in this way, at this young age. but Alana’s fight is especially unfair, because my friend is in the kind of love that humans long for at the cellular level, the kind of love that deserves forever, the kind of love that cannot be quiet. her love and life are a benefit to all who cross her path. please go and read her incredible, vulnerable blog. it ends with this donation link – give her more days to live, more days to love. give her family space and time with this badass angel. give give give! 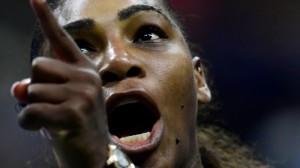 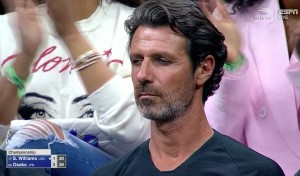 we have now entered the sacred window that only comes once a year, between Beyoncé’s birthday today and my own on the 6th.

a lot of people have asked how they can support me in my new IRS situation, which involves paying the govt more money than i have. every month. (i was a war tax resister, i reflected on my learnings on my blog)

any money given to me will just be more taxes to pay later. but what really matters to me is supporting and protecting the work of the Emergent Strategy Ideation Institute. i don’t want the work to drift because i’m being made to feel scarcity. i’m feeling clearer than ever that it’s time to offer emergent strategy facilitation training, i want to answer this call. monthly or one-time donations to make sure that this budding little institute can actually cover my salary, let me hire someone brilliant to grow the work, and let us focus on making the offer of facilitation training for 2019, this is the birthday gift i want.

if you have been moved by emergent strategy, by the thinking and writing and facilitation, if it can come from the heart, please give. in the memo put “ESII birthday donation” so i can thank you all for being my birthday blessing. 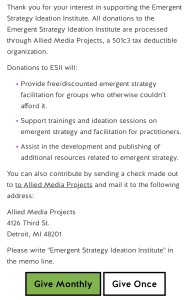 i’ve been traveling for the last month, and in almost every place i’ve been, there’s been undeniable lightning and thunder.

lightning in the woods over Minnesota.
lightning over the sea in Pantelleria, Italy – i may have been naked in it, singing and praise dancing.
lightning from a plane flying through Chicago – so fantastical that I hardly resented the ten hour delay in travel. hardly.
and now, lightning in Idlewild as i write this, long horizontal flashes followed by rolling thunder.

it’s my birthday month, and this is the beginning of my birthday week. i turn 40, and i’m ecstatic, taking nothing for granted, surrounded by brilliant artists and thinkers, letting the number be both random and miraculous.

i looked up the meaning of lightning, since i’ve seen more of it in the last few weeks than i have in the last few years. aretha is the research soundtrack, because i’m grieving her, and because she clearly understood lightning. i found/learned many things:

lightning means a loss of ignorance.
the arrival of truth.
fertility and creativity (if those are different).
it marks a sacred place, or a sacred time.
the union of fire and water in power.
the sign of the coming storm.

there’s so many variations to it – the singular bolts, the wide sky rolling and bursting with light, the split bolts that come in twos and threes, the horizontal ones that seem like rainbows of white fire.

i know less and less about the general, the universal. perhaps everything is connected, even though there are paths of humanity i can’t feel at all. i’m less certain.

the way comes through in clear ecstatic explosions, in connection, in a moment where i can do nothing but be present. lightning calls me into the present moment, and i arrive again and again with an undeniable shriek, expecting mass wonder. so i linger in delighted reverence. i watch storms roll in until i feel the spray on my face. i watch near open bodies of water and from under trees, risking proximity until i can smell it, feeling inside that i am safe – if some day i’m not, it will be a spectacular miscalculation. and i’ll die happy.

at the beginning of this year, i had a different relationship to every major area of my life than i do now. it has been a year of deep thunder quaking me open, and bright illuminating light showing me my limits and my memories and my self.

i read American Gods during this period and have been reminded of the thunderbirds, their lightning of the eyes, and what storms can obscure. i was reminded that i am fickle about god in this way – any time i feel awe i see god.

i don’t want a god who doesn’t live in the heart of all this wonder.

i accept the gift of all this birthday lightning as guidance about my work, our work at this time: be nothing less than awe inspiring.
bring light.
move against, but in a way that illuminates the clouded places.
be truth.
cast off ignorance.
cocreate the sacred here and now.
make fire.