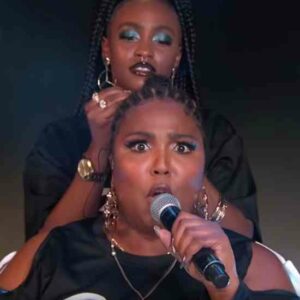 people often reflect to me that i am so busy these days. i do have a full life but i don’t experience my life as busy…i think what people are running up against is the challenge of living intentionally deep lives.

i was just out of the country for two weeks, and the trip was very different than i expected. i expected two weeks of beach and baby time. instead it was mostly deep time, which included times of transition, listening, growth, change…with a day of beaching at the end.

my life is mostly deep time. i am not interested in quick, light, surface encounters. when i travel, i look to return to places of depth, family, deep friendships…and then to actually give us enough time to really laugh and cry about how life is unfolding.

when i say no these days, it is usually in favor of deep time. it’s not that i am doing so much, or at least not too much, but rather that i am doing things deeply. this distinction feels important to me because i have been very busy before, but i wasn’t happy in it – felt like i couldn’t catch my breath, like i had no time to integrate all the humanity i was exposed to, no time to learn the lessons.

now i might say no because i need a day to integrate between things, or i need some time alone on the road, or time to write, edit, record, create, grieve, pray.

or i might say no because i am a morning sloth and am a better person if i don’t rush to meet others’ pace of a day.

i am writing this from deep inside of return trip jetlag, where i actually can’t track what time it even is now – there’s a time on the clock, a time in my body, a time in the place i call home, and times along the journey. in most places, i’d be asleep, and my body wants to sleep…but wasn’t i just asleep?

so. solo dance parties to keep my body moving, stretching, opening. photo shoots to see if i look as groggy as i feel. catching up on high speed wifi content i missed while on my journey. grieving for all the sacred spaces burning, under attack, changing. feeling so much. and more.

jetlag is interesting to me in a similar way to being unintentionally high: if you just relax, the whole self wanders off of its usual pathways and there’s an incredible realm of unexpected synapses, emotional congruency and integration, and a multitude of possible pleasures.

there’s small awkward moments in jetlag communication, particularly mid afternoon or in the dark hours – when your mind wanders off midsentence…or when you dive into a text conversation feeling energized and then fall asleep mid-sentence. or worse, sign off too quickly and then don’t quite sleep and end up writing a blog entry.

(sorry – really did think i was at the brink of dreams)

there’s also massive spiritual opening and life observation available. for instance i can testify that:

– the dark moon is as vocal as her brighter more obvious self
– sometimes the thing we must forgive is too big to even contemplate, so we pick at the small and close by…
– being able to feel a rhythm is essential, even when you’re alone
– i’m going to record my books as audio books. i have been planning to. and people i want to have the books have asked. but tonight i realized a way to get closer to realizing the process…emergently and in a most pleasurable way. (when combined, my work is basically mary poppins ((holding down flying brits in the lineage of power Virgos))
– my body has decided shifting to a 3-11am sleep schedule is as far as i can go towards aligning with time here…roughly half the shift i need to enjoy daytime. i can see it on the clock and imagine sleeping six hours earlier, but i can’t go and get it.
– i just spent three days using a flushing toilet built into the floor. i can squat more than i thought.
– georgetown penang malaysia is delicious and stunning and i’m looking forward to my next trip. yes, stay in the tile museum. get all the handmade joss sticks and batiks. taste everything. go up penang hill and out on the clan jetties. everything. we’re all there.
– my friend larisa is reminding-me-of-how/teaching-me to walk again. it’s monumental.
– Aries season feels good this year.

j to the g. that’s all really. goodnight!