“we are fighting over which employee will best suit the needs of an important job. it isn’t political home – we both have those outside of the electoral process, places and people to whom we feel accountable. this is for mass strategy, mass protection, high level policy protection of the communities we love.

purist debate is important, honing how you feel and having a place to practice it fully is important. make sure you have a political home. don’t get that confused with the American experiment, with shaping the conditions of this experiment such that the most vulnerable stand a chance of surviving and changing it themselves. do not make poor people and immigrants and women” (and trans people and disabled people and students and teachers and essential workers) “and our babies the collateral damage of purist ideologies. your theoretical happiness is not more important than the earth’s and species’ tangible survival.”

one of my favorite things about being a writer is how sometimes my words come back to comfort me. yesterday i was not feeling much about the nomination of kamala harris as vp – watching other people have strong emotions one way or the other, and just feeling like, ok.

then i was reminded of how i feel about electoral politics! electoral politics isn’t and shouldn’t be our political home. it is a commons of service, meant to be accountable to informed people who direct the values and policies of those we elect to deliver and construct service provisions like home, health, water, education.

electoral strategy doesn’t include identifying ideological doppelgangers who will lose, or aren’t on the ticket, but assuage our sense of imperial complicity (yes, here i mean that american practice of paying taxes each year and then trying to distance ourselves from what we invested-in/didn’t-stop by not taking responsibility for who manages the money thru nonvoting or emo-voting). it does include assigning our paid representatives to positions where they are hired to govern, which includes synthesizing amongst many possible distinctions and directions to find paths that allow the majority of people to survive and grow.

political home, on the other hand, is a place where we ideate, practice and build futures we believe in, finding alignment with those we are in accountable relationships with, and growing that alignment through organizing and education.

the current occupants of highest federal office are opposed to all forms of life and evolution outside of power and pussy grabs. our current available move is voting them out, as no one has a viable secession plan (really open to being surprised/wrong on this) and their side is armed and militarised. our strategic option right now is to fight on an electoral battleground riddled with corruption and confusion. biden and kamala are the viable ticket opposing those in office. recognizing the available strategy doesn’t always equal endorsement.

and it’s OK to feel excited if you see yourself in kamala, to be excited about representation, or even to feel amused by uncle joe.

and it’s OK to feel the flood of critique, the way this ticket runs the faultlines of race and power. it’s OK to feel disappointed and/or bamboozled by the closing off of significantly more thrilling alternative futures (like an abrams/warren/knowles ticket).

either way, the strategic next move is to vote on november 3 and now you know the other name on the ballot.

feel all your feelings along the way, but don’t let those feelings keep you from seeing the biggest picture, the one that includes those more vulnerable than you.

let those feelings clarify and grow your political home, even as you create the external conditions in which having a political home can and will matter.

i try not to have a favorite moon but then i feel the pull of your heaviest, fattest, juiciest night, and swell for you

touched by clouds you remind me:
release everything, reveal everything
fear no shadow

the cycle will reclaim you for the dark
the mystery will return
but tonight, we cannot even lie

this is the most beautiful orbit in the known universe, a light worship
a dreamer’s moon 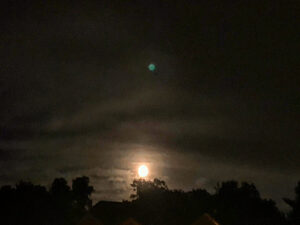 my last blog was one of the longest things i’ve ever written as a single piece, and one of my most read blog pieces. it’s also the most controversial thing i’ve written, and i’ve spent the last couple of weeks swimming in the light and shadow of it.

can we hold each other as the systems that weaken and distort our humanity crumble?
can we release our binary ways of thinking of good and bad in order to collectively grow from mistakes?
can we be abolitionist with each other?
can we be principled and discerning in movement conflict?

i had people i trust read it beforehand, and when i pressed ‘publish’ i felt scared of what might come, but also faithful…that every word was the most accurate one i know for the feeling i was trying to express, that people would understand my intentions.

the initial waves of feedback, and the overwhelming majority of feedback, has been gratitude and affirmation. i have received so many messages and testimonials from sectors of movement that feel seen in the piece and saddened by the quickness with which we turn against each other, troubled by our apparent collective excitement when we attack each other. the feedback was from long-term organizers, people who identify as survivors, and as those have caused harm, and as both, as neither. some of it was public, and some of it was texts from comrades i hadn’t heard from in a while. i exhaled – what i felt was not just in my head or an isolated crew. my publisher said, let’s get this in print! i felt on purpose thinking of a little book that gives us more options, more patience, more kindness and space for healing together.

but then a second wave of feedback came. from other survivors. and as i listened i felt defensive (did you read the whole piece?), dismissed (don’t you know i am an abolitionist survivor? don’t you know how much abuse intervention i have been a part of?), hurt (why are you coming at me like this?) and, finally, curious: what am i not seeing? not hearing? what do i not know? what can i learn?

i asked more people for feedback, and have had conversations, emails, text threads. i have learned a lot more about some things i thought i knew, heard a lot of tea that people assumed i already knew because my name is reaching further than i can track, learned that so many more people are struggling with call outs in this moment than i had any idea about, and some of them felt helped by my writing, while others felt offended. i have learned how in certain communities the piece exacerbated existing tensions i wasn’t fully aware of. i got clearer on what parts were triggers for people, what parts are political disagreement, and what parts are both. i feel honed in on what is within my expertise, and reaffirmed that celebrity activism is not my jam.

here are some things i am learning:

– i need to be much clearer in my distinctions between harm and abuse. as someone who has experienced both, i was reminded of how important it was to me that my abuse be acknowledged as what it was, not reframed into a lesser impact. how important it was that i be allowed total boundaries, space for rage, space for healing, how much i needed assurance that it wasn’t my fault, and that making sure those who abused and/or harmed me got their healing together wasn’t my job. but as i have moved away from that period of my own life, i have gotten comfortable with the catch-all language of harm and harm doers, which blurs the danger and impact. part of my critique of the way call outs are being used is that not liking someone, social media offenses, power misuse in work settings, movement conflict and sexual assault are all getting the same level of public response. but even in that critique, i collapsed all these distinct experiences into one word, harm. i am sorry for the pain and erasure i know that caused to other survivors.

– i will make better use of content and trigger warnings.

– i explored my argument with language that felt precise to me, and within my right to use as a Black witch. it is also language that has been weaponized against communities i love, and i am earnestly looking for other metaphors to work with.

– i don’t know how we get from here to there. i don’t know if we have what it takes right now to support survivors while also holding an abolitionist lens, and it isn’t fair on my part not to make that apparent gap clear. those who are expert in holding domestic violence, intimate partner violence, rape support and other skilled areas will have to lead in that realm of abolition, in part by pointing all of us towards the skills we need to develop in order to actually take on community accountability. the hopeful news is that we have the teachers…but will we prioritize learning? and how do we not drop long haul survivor support along the way?

– i do believe, deeply, in the power of mediation in instances of conflict and harm, within movements, and including interpersonal conflict and harm. i believe it works because i have held it, and i have seen movements benefit from having people experience principled struggle with each other, set necessary boundaries, request and receive authentic and adequate apologies, and continue to be committed to something larger than themselves.

– i have to be very intentional as i gain more followers. while i did not seek fame or ask for any pedestals, i can’t deny that more people are taking my words seriously. and that is a privilege. i am not taking down the piece because i think more can be learned from keeping it up and being transparent in what i am learning. i do commit to not putting it in print without adaptations that reflect my learning. i see all of this as a larger process of exploring abolition as an emergent strategy, and i am not alone in that exploration.

– i will respect my own depth and complexity and that of my readers by not engaging this conversation on social media. some learning needs to be face to face, heart to heart, or at minimum thoroughly expressed. i am excited for the conversations i am in as a result of the piece, and i feel so much possibility on the horizon around how we turn and face the harm and abuse rampant in our movement communities, learn to be in the complex work of abolition and survival, and actually transform the systems that hurt us into systems that hold us and allow us to heal.