[read out loud to make into spell, or listen to me read with a lit candle]

we have those who have turned from the earth
our only home. our only viable home.
they treat her and all who can produce life as machines
to make without ceasing what they then take without hesitation, gratitude or gentleness
how do we break the tie of slavery
oh universe we need your help
help us honor the places where abundant life blooms
protect the consent and agency and song of earth

there are so many who have felt the explosive power of death in their hands, in their bodies, in their imaginations
they roam amongst us, armed; crash into humans praying with their bodies to be deemed worth protection from our most abusive relationship: our nation
how do we break the tie of slavery
how do we quell the addiction to blood and completion
to power that breaks bones and opens flesh
help us relinquish the pleasure of violence

oh great mystery
oh great change which has a commitment to moving towards life
we struggle with humility and now i see i should have started with my heart on the ground
pulsing against gravity, in supplication
it isn’t that i doubt your resilience
only that i see how you might have concluded that we no longer wish to be a part of your constant changes and the magic of spring, so long have we hibernated in ignorance and isolation
so universe here i want to whisper to you what has been flowing through my veins
i want to live, i want to want to live
i want us to live, i want us to want to live

all who can love the cherry blossom,
the glorious fire of fall,
the three eggs opening to chirping children,
the magnificence of storms,
the electric tapestry of mycelium,
the persistence of the succulent in my winter window
all who can love the song of humpback motherwhales,
the rush of a room full of people telling their favorite memories,
the drum beat of a child gleefully chasing her dreams upstairs, the laughter of humans not performing
all who can love their own perfect bodies after a lifetime of being told they are flawed,
all who can blurt out their heartache before it becomes a weapon,
all who can say yes and no and mean it,
all who fumble at every turn but are still worthy of love and connection and being held and forgiveness and patience and one more chance

universe i, we, surrender to whatever chance you will give us
universe i, we, trust that we cannot know everything about the divine nature of change and how discomfort is what presses us into pearl and bursts us out of seed and shell and cocoon
and perhaps you are helping us to see how tight and breakable our current iteration is
and i am saying and singing that i see it
yes i feel the claustrophobic nature of our current ways of thinking
and i surrender to more, we surrender to more.
we pray that you open the way to us, with us,
the way that seems impossible with all the corruption and closed hearts and systemic denial of miracles
and even, quite frankly, the willful stupidity of reason and emotion

*thank you Octavia Butler for earthseed, and Lucille Clifton for the reminder to listen to what comes before dawn 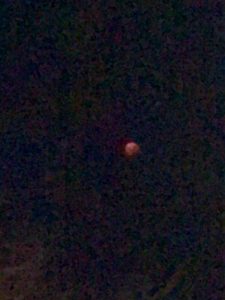 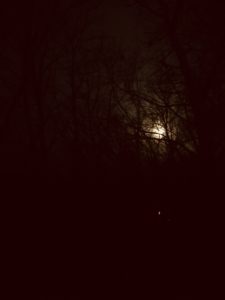 how many witches must cast a spell before it can protect our families, our bodies, our land? the sacred ritual of birth? the innocence in each of us?

how much abundance is needed to satisfy the hunger of cancer? the grasp of loneliness, the ache of desire, the pulse of greed calling?

how many prayers must cross in the sky, at odds, to confuse the gods into hiding? (for isn’t it true that the idea of god corrupts us, tricks us into diminishing our divinity until we forget how to be answers?)

how many children must be warriors for their future, and how do we forget war for the sake of a future?

how much dirt must we grip into with our roots before we can trust ourselves to grow all the way out into the light?

moon help us shine into the impossible places, and then shed the pain, carrying the lessons into the dark, new, and fertile night. teach us the spells of this time.

gift us abundance without attachment.

let us pray by loving each other without conditions.

let us play, singing blurred words and dancing alone, surrounded by love and the possibility of love.

over and over, take what we can’t carry, with ashes, with water and whispers. and then let the nightbirds sing us to sleep.

humble us, remind us that the dirt is home, the dirt, the mess, is us…the petals fall away.

how to wear the scars without masking
how to be all the time darkness and light
how to follow, to be satisfied with reflection
how to be careful with the tides
graceful, but crafting storms
to be the one who gives, who is held in orbit
teach me how to love the sun
please
please tell me
teach me how
to be seams and pockmarks and…beautiful
to be a portal of longing and connection
to take a month
to open and then to close again

because I am not perfect
I surrender to the light every time
if it’s a flash, I sit dazzled in the darkness
I don’t even know how to wane
teach me
to fill up with ritual
to be so powerful
and so very small