beloveds – i kept track of all the books i read on my sabbatical, rating them on a scale of 1 (don’t read this) to 5 (don’t let your life end without having read this).

it was my 33rd year so i aimed to read 33 books. i did that, plus a few extra. here are the brief reviews i kept on the journey. happy reading 🙂

otherland volumes 1-4
tad williams
3.5
my friend nancy dalwin directed me towards this collection and wow. it’s a slow start, but that’s mostly because the ideas are so massive and you are dropped right into a truly other place. it’s all about what’s real and what’s not, and how those with unlimited resources think of the future, and what it means to be sentient. fascinating and exciting exploration of a virtual reality future.

divergent
veronica roth
2.5
read this because a near-stranger in Mexico put it in my hands, and said its kind of like hunger games. it wasn’t as good, but fast and entertaining and with some social critique. would recommend for high school sci-fi club.

Finn
jon clinch
3
saw this on the little outdoor library shelf of the front desk in my cabana hotel in tulum and had to grab it because my favorite little boy in the world is named Finn. gorgeously written, the idea is lifted from side note references to huck finn’s dad. sad story, hard read, racism is so ugly even when the words are pretty.

malcolm x: a life of reinvention
manning marable
3.6
marable was my college advisor and malcolm x is one of the thinkers whose story has shaped my life. there were a lot of critiques of his book and folks didn’t want it out, said it took away from malcolm’s image – i understood that. to me, it made him more human and his story even more powerful, but i also look for that. i don’t know that marable wanted to strip malcolm of his heroic story, but rather paint a deeper picture of a complex man. this is all through the lens of my love for malcolm tho. if you don’t love malcolm, skip it.

woken furies
richard morgan
3.5
more brilliant takeshi kovacs, he really is pushing up against ‘the system’ in this one. the idea of what is fair, what is right, is big in this one and we get to learn a lot more about the anarchist philosopher quelchrist falconer who is quoted throughout the other books in the series, and her thinking and words are exciting. ‘face the facts, then act’ is an actual mantra for me now.

the kingdom of gods
nk jemison
4

ahhh. i got to meet nk last year and it’s wonderful that such a grand, clever, cosmic series comes from such a humble, brilliant black brooklyn woman. this is the third book in the trilogy and all three are delightful and really play with ideas around what is human, what is divine, what is balance between good and evil. and race, class, sex, violence, incest, cosmic action scenes, shapeshifting? it’s all there.

midnight robber
nalo hopkinson
4
i love how nalo writes – this was taught to me before i read it, by dr. alexis pauline gumbs, at the allied media conference in 2011. it’s Caribbean science fiction, it’s about how we handle punishment, build community, build mythology, and our relationship to technology. grand.

dream park
steve barnes and larry niven
3
this was cool, though it definitely felt like it was written by guys who like to game – not so beautiful, but like a fun old fashioned whodunit set in a virtual reality game park.

annals of the western shore: gifts, voices, powers
ursula le guin
4.4
this collection is subtle, gorgeous, intricate and very radical. over the course of the three books, le guin explores what it means to accept your gifts, raise your voice, acquire and hold power. she is with the underdogs and the oddities and the magic ones as usual, and i fell in love with everyone, and i cried at the end of it all.

thirteen
richard morgan
3.5
i mostly like how morgan writes, though it is intensely violent stuff. in this, like in the takeshi kovacs series, morgan plays with the idea of how our desire for security and safety makes us create monsters, and then go deep in to find the humanity in those monsters.

this is less a trilogy of books and more a world that you open the books and go over to. it’s a magnificent attack on blind faith, on anything that asks you to submit, to relinquish pleasure…all done through a set of intriguing imperfect characters on the constantly changing landscape of love.

i am so in love with cheryl strayed i can’t see straight when it comes to her. i loved her anonymously as the author of the dear sugar columns, and when she revealed her identity i rushed to find every thing she’d written. This book wasn’t on kindle when i first looked, then i met this dope older gay couple in hawaii who raved about it and said it was on kindle. i read it while laughing, crying, rooting for her, forgetting where i was, and trying to slow down because it was that good and honest that i didn’t want it to end. it’s about her walking the pacific crest trail for three months on her own. from her heavy bag to wrong shoes to her grief and heartbreaking break-up and terrifying journey and loving nature and all of it, i felt this was a parallel to my journey and a Very Important Book

the host
stephenie myers
3.5
very cool book about an alien invasion and how humans survive and love – also what is human?, what is it we must protect, how we evolve. by the author of twilight, so has a bit of that love story overlay to it that’s kind of high school-y and thick. but good story, good idea.

love
toni morrison
4.5
picked up wanting a physical book in my hand. this is a bitter story about love, and the ways people grab onto each other in life, what grows the heart and what damages it. some big twists in here, brilliant mysterious morrison writing.

changing course
susan wells
3.5
lovely account of the retreat program i am on, the history of it, the changes it puts people through. great for leaders who are feeling burnt out, on how we heal, what we need.

journal of a solitude
may sarton
5

sarton documents her process of being a writer in solitude for a year. she is tough on herself, and so vulnerable, and the result is something every artist and writer should read. she understands humanity as she runs away from it, understands why we create, and wonders if happiness and creativity can coexist really. so good. (with me daily, still)

in the woods
tana french
2
i found this book frustrating. it was poised to be a scary book with one mystery hidden inside another, and that’s true, but it feels like a cheat of a book at the end.

the woman warrior: memoir of a girlhood amongst ghosts
maxine hong kingston
4.8

classic. this book is a mix of stories, memories, myths that altogether paint a portrait of the cultural space between america and those who immigrate here, particularly from china. this book made me feel the longing of family across cultural divides that were crossed for survival, and it makes me think women are the most resilient species on earth. 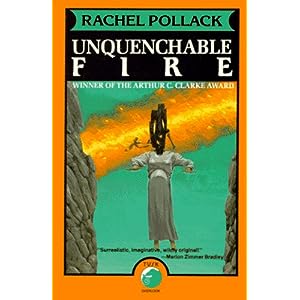 truly remarkable and different. i like this story because it cuts so close to home, so much of it is both outlandish and maybe happening right now and that is a great tension to hold as the story unfolds, it’s hilarious, it’s another one that drops you into its world so completely that it’s hard to feel solid at the start, and then once you are in the other world, you kind of want the rapture of it, the key questions about why have faith?, the story telling culture. brilliant.

skin folk
nalo hopkinson
4
great collection of short stories, nalo writes with a distinct voice that balances between futurism and caribbean folklore – i feel like i’m learning and being challenged and expanded the whole time.

white tiger
aravind adiga
4
magnificent hilarious cocky critique of capitalism and racism and the fundamental flaw of societies that operate with servant classes.

friday night knitting club
kate jones
2.5
readable but lacked something for me, though i appreciated the community aspect of it. another part felt like diversity training and pop love. i was entertained, but felt like the book wanted me to feel more than i felt for the characters apocalyptic science fiction at its best – really mindbending ideas, race/class analysis on point, particularly useful in imagining the future of prisons and justice, understanding class and servant/worker dynamics. How to subvert capitalism at the level of concept? mosley goes there.

cinnamon kiss
walter mosley
2.5
fun. i like his sci fi better, but this is entertaining and keeps the attention and has some wonderful thick woman loving sex scenes! this is one of the best books that’s ever been written related to slavery. its about black slave owners just before the civil war. it’s so nuanced, it so thoroughly explains how slavery and freedom are internal conditions as much as they are external, how evil the institution is, but also how love and compassion stays intertwined in any human system.

inside/out, selected poems
marilyn buck
powerful, beautiful, haunting. so glad these were published, that her time in prison yielded something gorgeous.

ahab’s wife
sena jeter naslund
‘it was in her nature to love and to nurture; she would not leave those feelings within herself to fester and sour, but instead she chose someone who would receive her gifts gladly. she did not hold herself to be so special that only one special person could she find satisfactory.’
i thought this book was stunning, just stunning. i would love for schools to teach this and moby dick side by side. this is a fierce story.

lessons from the damned: class struggle in the black community
by the damned
brutally honest, a necessary collection. my favorite essay is ‘the new education coming out of the old’.