according to my calendar i am, today, exactlyish one third of the way through my sabbatical. 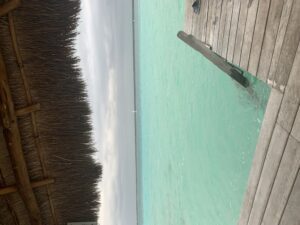 i was with others, various kinds of family, for the first month, and then have been mostly alone this second month. i’ve been gently reducing my time on social media – being alone is really daunting for most people, and i am a person. it’s felt especially so after the year i had, moving like a whirling piece of kaleidoscope through experiences of immense depth and relationship with groups ranging from two to five thousand, and during all of it, also being present with a growing social media community, or set of communities, the scale of which i can’t really comprehend…i generally feel healthier if i ignore the numbers. so, the new normal, feeling deeply face to face, and then going in the bathroom to see the love and grief and adventure and random thoughts of friends and strangers.

the spaces i have chosen to travel are just right for this shift towards solitude – first, busier tourist beach areas, or the brown family holiday house where there were enough people to create lines for bathrooms or stove top burners at high tide. then, slightly less trendy spots but still, neighbors and restaurants. the next places i am going are much more solitary – ‘bring groceries down this dirt road and don’t expect high speed wifi’ type places. when i booked them i was intimidated by my ambition, but now i can’t wait. even with all the space, i feel crowded by the random late night party sounds, the hostel hoppers looking for friendship at the snack spot…i am ready to claim even more solitary space. i’ve learned this past decade not to go too fast into solitude, as it isn’t meant to be a violence to my system but an opening. 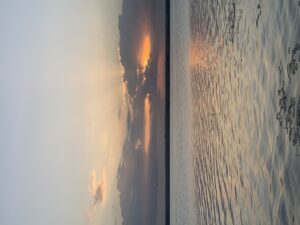 what i am most aware of is how the size of my thoughts grows as i open more space. other voices, news, trolls, scrolling, all of it can become a wall of sound, of content that i may or may not actually care about, when i don’t give myself space. after a while it feels like i only have a tiny window through which the light of my own thinking and feeling can pour in or out.

i think of plato’s shadows on the cave wall – my comprehension of the world can become an analysis of shadows, an interpretation of shadows cast from captured light, of a reality i am not really able to see. time alone, for me, is a way of slowly turning towards the light, grabbing a torch and finding my way to a gap somehow full of light in the wall, and then finding that it is somehow a window, hitching it open, looking outside. then it’s ‘aha! it’s so different than i understood!’ all the time. and cave/house blended metaphors abound.

the boundary work shifts in the opening. initially i was (as usual) very rigid, trying to control and direct others into seeing and holding my boundary. but then aha! if i hold my boundaries, others don’t have to do that much to honor them. 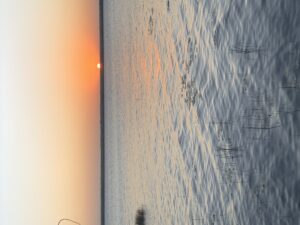 and the attention shifts. ‘i can’t meditate’ or ‘i can’t learn a language’ becomes a story that suited and relieved me in the cave. looking out the window, i can’t help but reflect, drop inwards, contend with my place in the world. looking out the window i want to know the language of the falcon, the lizard, the turtle, and all the different humans i meet. aha! it isn’t the story of my limitations i want to hear, but the story of my healer, my host, my cohabitating wildlife, the chef. surely i can bring my attention to learning that language, to attempting that listening?

my interest in changing itself shifts. though i am at this point fanatical about change as a divine force, i still mostly mean change in others. me myself personally, i can be remarkably resistant to change. it takes me time to notice that i have outgrown myself, time to then shed skin which i don’t yet know how to slink out of (i tend to burst out, apologize, and then try to tidy the mess without being noticed until i can present it victoriously), and then time to expand into my next self. 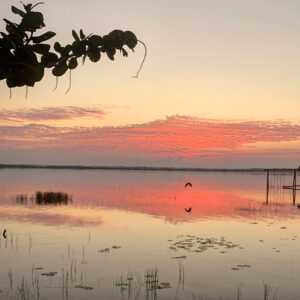 i am excited by small and large changes. how i transition from cobra to downward dog, how my back foot feels in triangle pose. how forward my shoulders are when i am in a conversation i care about. how different walking a couple miles a day feels in my knees now than it did the first few days. how audre lorde’s work makes me notice which identities feel like home in this moment, gives me permission to examine myself as a relevant case study for my scholarship. some changes are small and structural, some are larger and ideological – are my ideas changing? do i have enough space to think at scale?

that question makes me hunger for the space to think and feel and be at the scale of my gifts, my communities, my generation, my love. these aren’t small times, though they are made up of small-seeming moments in which change is chosen in the (scary/compelling/comfortable) face of staying behind our evolutionary thrust, in false concepts of economy, safety and power.

now i am heading towards the door, the cave’s mouth. smaller thinking, forced to shrink by others, happens in here, in the tiny cave left at the edge of an overly full life, a life of nonstop doing…i want to go out and be in it. looking through the window isn’t enough, i want to run through the field, get pollen all over my dress, dance backwards and forwards in time, i want to inhale reality and feel the inevitable thrum within me, that internal philosophy lighting up. in this way i become available to life and then this feeling of being alive on purpose is so natural, it’s so right, it doesn’t need to be narrated or conducted, it just is…i want as many moments of my lifetime as possible to be spent here, finding the next heirloom seed ideas that want to root in me now, to burst out of the roof, or mountaintop, someday. out here looking at the sea and the stars i remember i am as much a tree in the forest as a volcano as a child as an artist as a warrior as a me. it’s just a matter of time and space, and diving into one to make my way to the other.

sabbatical book reviews for you!

beloveds – i kept track of all the books i read on my sabbatical, rating them on a scale of 1 (don’t read this) to 5 (don’t let your life […]

Read More… from sabbatical book reviews for you!