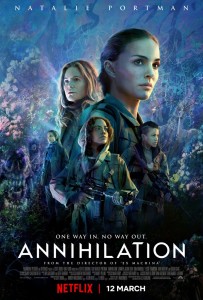 the other night i was watching the Walking Dead season 7, which has the most devious, charming, terrifying bad guy. it felt disturbingly current, including the zombies. i asked the ever generous facebook what fiction feels like it’s happening right now and generated this amazing list, an abundance of work to read or watch.

or, you know, just look around.

Parable of the Sower and Parable of the Talents, Octavia Butler
(Enei says: “make America great again”, Karissa says: “keep trying to convince people to go in on some property further North cause Octavia told us to go North.” Anne’s partner thinks we’re in the prequel.)
also everything else she wrote.

Makers, Cory Doctorow
Walkaway, Cory Doctorow
(Dan says: “It’s maybe the only anarchist-ish future that I’ve read that didn’t sound like it would suck. Still not the future I’m trying to build, but if things do go that way, at least there’s been some good thinking on how to build good lives in it.”)

Solitaire, Kelley Eskridge
(Vanissar says: “Because citizens vs people living on the margins, because technology + incarceration. Because our imaginations will save us.”)

Journey to the East, Herman Hesse

In the Heart of the Valley of Love, Cynthia Kadohata

The Telling, and The Ones Who Walk Away From Omelas, Ursula le Guin

the Wizard of Earthsea series, particularly The Other Wind, Ursula le Guin
(Morrigan says: “We’re finding lost languages, understanding our misguided limitations on magic, undoing the suppression of the wind. restoring the pattern.”)

That Hideous Strength, C.S. Lewis
(Teika says: “I haven’t read it for years and don’t really remember a lot of the plot details, but the one element that really sucks with me is something about being governed by an embalmed head connect to a machine, and that 1984-style autocracy and the effed up psychology of state domination / oppression / greed.”)

The Girl Who Owned A City, OT Nelson

The Turner Diaries, William Luther Pierce (pseudonym Andrew Macdonald)
(Minaj says: “White supremacist utopian novel written in the 70s that has been downloaded millions of times and is their blueprint for the revolution. It starts with the police. They’re trying to make it happen. Also I should add major trigger warnings for racism, sexism, every kind of ism, n word usage, etc. Read it to know their game plan, not for literary insight.”)

Woman on the Edge of Time, Marge Piercy
(Mistinguette says: “Parallel utopia and oblivion, and making conscious choices about them.”)

Celestine Prophecy, James Redfield
(Amber says: “I feel like just as much as destruction occurs around us, humans are waking up to spiritual guidance en masse. More and more people are focusing on listening, balance, centering ourselves, opening our eyes, ears, and hearts to signs, etc. it’s easy to not see it when so much negative is happening, but we vibrating higher. I can feel it.”)

Almanac of the Dead, Leslie Marmon Silko (Laguna Pueblo)
(Sophia says: “Silko says she wrote it almost channeling the anger of the Earth herself. There’s also a lot in the book about amplified spiritual activation of Native & African ancestors as we fulfill prophecy (in this case, Mayan prophecy) by resisting corruption, chaos and white supremacist colonial greed- with some specific focus on the desecration of sacred Native sites. Her writing also gives a big fuck off to respectability politics, cuz many of the most significant characters have substance dependencies, are houseless, non-neurotypical, former sex workers or current drug smugglers…all that feels familiar in this moment too. Damn… *goes to reread it*”)

The Book of Joan, Lidia Yuknovitch
(Marika says: Crazy dystopian novel. Can’t say I either enjoyed it or hated it, but it was poignant and sadly prescient:
“We are what happens when the seemingly unthinkable celebrity rises to power.
Our existence makes my eyes hurt.
People are forever thinking that the unthinkable can’t happen. If it doesn’t exist in thought, then it can’t exist in life. And then, in the blink of an eye, in a moment of danger, a figure who takes power from our weak desires and failures emerges like a rib from sand. Jean de Men. Some strange combination of a military dictator and a spiritual charlatan. A war-hungry mountebank. How stupidly we believe in our petty evolutions. Yet another case of something shiny that entertained us and then devoured us. We consume and become exactly what we create.”)